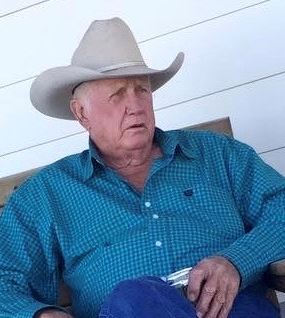 Onnie was born March 30, 1939 to Millard Pickney Bennett and Louise Turner Bennett in Junction. He graduated from Junction High School and began his higher education on a track scholarship at Howard County Junior College in Big Spring, Texas and was successful in many track events. He continued his love of track at East Texas State University in Commerce where he finished his education with a bachelor’s degree. As an ETSU Lion, Onnie established a record that still stands in the low hurdles event.

After graduating from college, Onnie taught school in San Angelo, Texas before leaving the teaching profession for a sales position with Farmland Industries in Sulphur Springs, Texas. When offered a larger territory, he and his family moved to Lubbock, Texas in August 1968. They thought it would be nice to escape the humid summers in Sulphur Springs and be closer to home, but a year later, the family returned to Sulphur Springs. Onnie left the feed and fertilizer business to join the real estate sales industry with Lowell Cable. Later he joined Joe Dan Kennedy and continued his real estate career. In 1993, he returned to the Bennett Ranch to assist his father with the day-today workings of the ranch, his true passion. He married Mary Lee Cowsert on March 11, 1995. The Bennett Ranch was a Designated Family Land Heritage Property by the Texas Department of Agriculture for 100 years of agriculture by the same family. Onnie continued to tend to the ranch up until the last weeks of his life. His crossing over the North Llano River early Saturday morning ended his time on the ranch he dearly loved and left a legacy to be proud of.

He was preceded in death by his parents, his “Ranch Brothers,” Bennett Ragsdale (named after Onnie’s family) and Bill (Dooker) Ragsdale.

He is survived by his wife, Mary Lee Cowsert Bennett; his daughters, Dawn McCampbell and husband Brad of Yantis, Holly Massey and husband Brad of Sulphur Springs, and Karrie Bennett and her partner Debbie, also of Sulphur Springs; stepson, Lance Nelson of Austin; granddaughters, Cara Thompson and husband Geoff of Sulphur Springs, Meredith Daniels and husband Jim of Hamilton, and Hannah McCampbell of Howe; great-granddaughters, Claire, Maggie and Libbi Thompson, and Charli Daniels; and great-grandson, Kane Adeniji. Onnie is also survived by his “Ranch Brother,” Bobby Joe Rags-dale of Bryan; his daughters’ mother, Darla Cook Bennett of Tyler; his “favorite” sister-in-law, Brenda Cook Davis of Athens; and numerous other family and friends whom he loved dearly.

His family made many lifelong memories with “Grandy” that will forever live in their hearts and minds.

If desired, memorials may be made to First United Methodist Church 301 Church Str Sulphur Springs, Texas 75482 where Onnie was a longtime member and raised his girls or New Century Hospice 2210 Bandera Highway, Suite 2B, Kerrville, Texas 78028.

The family invites you to leave a message or memory at www.kimblefuneralhometx.com.

Arrangements are under the direction and personal care of the professionals at Kimble Funeral Home.