Gophers cause serious problems if allowed to get out of hand

There is never a lack of work to do when you live in the country. I often tell my big city buds with tiny yards that I could tackle a different chore each day and never get everything done that needs doing around our place in western Nacogdoches County.

Lately, my wife and I have been mixing in a little entertainment with our daily grunt work and COVID-19 therapy.

We’ve been fishin’ for pocket gophers—making trap sets within their hypogeal haunts and returning periodically to see if one of the pesky rodents has committed a fatal error. It’s been a fun, yet frustrating lesson in dealing with one of Mother Nature’s most destructive pests.

GETTING TO KNOW GOPHERS

Pocket gophers are larder hoarders. The first part of the name stems from their roomy cheek pouches that are used for transporting grass, roots and other goodies to their dens.

Like moles, their main gig is digging. Gophers are true masters of excavation.

They spend most their life within a complex of underground tunnels built using their powerful front legs and gnarly claws that appear much too large for their bodies.

Gophers are most active during spring and fall. You can always tell they are around by the mounds of fresh, fluffy dirt they leave behind. Gopher mounds are typically crescent-shaped, about 6 inches tall and 1-2 feet in diameter. There may be several in a small area. They love sandy soils, whereas moles prefer coarser soils for building their cone-shaped mounds.

Each gopher mound represents a soil plug for a lateral tunnel that connects to a main runway, usually 4-12 inches underground. The entire complex can be massive, sometimes extending more than 800 feet and spanning more than an acre.

Experts say a single gopher about the size of a wood rat may move more than a ton of dirt in a year’s time. They claim the natural cultivation benefits the soil by loosening and boosting fertility, but it can also result in major erosion issues and cause unsightly blemishes on an otherwise pretty lawn.

The rodent’s fancy for dining on succulent plants can spell double trouble around a home, yard or garden.

DEALING WITH A PROBLEM

If it sounds like a gopher infestation too close to home is a problem that should always be dealt with, that’s because it is. Wait too long, and it could cost you a bundle of money and aggravation.

Gophers are nothing new around our place. We’ve been seeing signs in our hay meadow for a while, but this spring they moved too close for comfort.

Trouble started brewing in February when a big rain brought major runoff that found its way into a small gopher hole on the downhill side of a sandy slope along our driveway. The water rushed through the subway, taking a whole bunch of dirt with it.

Overnight, a tennis ball-sized tunnel that we didn’t know was there turned into a 50-foot long washout about a foot deep. I refilled the ditch and several smaller washes with fresh dirt and smoothed them out nice and pretty with a tractor bucket.

Within days, new mounds popped up on the fresh soil. My good friend, Tim Boatman, agreed we had a problem and suggested trapping. Jan and I have been fishin’ for gophers with Victor EZ Set gopher traps ever since.

The EZ Sets are consumer-grade traps sold at most farm and ranch supply stores. They cost around $12 for a two-pack.

The galvanized metal traps are designed to be placed flat in the main runway between mounds or in the lateral tunnel leading to a mound. It’s best to use two traps placed butt-to-butt to cover both directions of a runway tunnel.

Like some other brands, Victor EZ Sets are built around a spring-loaded mechanism with a really nasty bite. A pair of wire spikes deploy when the trap is triggered, impaling the gopher on both sides.

Once set, be sure to secure each trap using a stake and a length of string, one end tied to the trap and the other secured to the stake. This prevents the gopher from pulling the trap into the tunnel or predators from running off with it. I’ve been using 65-pounded braided fishing line, and it works great.

We’ve caught several of the rodents so far, but there is one that seems to have our number. I call him “Ghost.”

I say it’s a he, but in reality I have no idea if we’re dealing with a guy or girl. What I do know is the critter is a smart cookie.

Somehow, the Ghost tripped the trap twice on the first day without getting caught. The gopher has been “trap shy” ever since. I’ve lost count of how many times Ghost has backfilled the tunnel until the trap is completed packed in dirt, never tripping the trigger.

ADVICE FROM THE GOPHER MASTER

Taylor Burkham of Tyler says a gopher with an education can be a tough nut to crack. This of it like a gobbler turkey that has been boogered by spring hunters one too many times.

“Gophers aren’t dummies,” Burkham said. “They know when their tunnel has been messed with, and they recognize it as a place where they almost got killed. Sometimes you have to try something different when a gopher gets trap shy. Always clean up your traps after you catch one. Try putting a little peanut butter on the pan. You may have to try a different type of trap.”

Burkham should know. He’s the general manager of Mole Masters, a Tyler-based outfit that specializes in helping landowners take their property back from gophers, moles and other pests. He generally doesn’t prefer poisons for gophers, because the results can be inconsistent.

Burkham says he and his crews have trapped thousands of the troublesome rodents over the years, and learned a bunch of lessons along the way. He says there are two types of gophers property owners should be aware of: Those that are causing problems and those that aren’t causing problems…yet.

“If they aren’t a problem, they probably will be,” he said. “Once they take up residence it only gets worse unless you deal with it. Gophers multiply. It’s a problem that won’t go away on its own unless they wipe out their food source. Sure, they may eventually move on, but only after they turn your yard into a big dirt mound.”

Burkham has been dealing with gophers for nearly a decade. He’s seen infestations ranging from moderate to severe.

It’s not just a country problem, either. One of the worst infestations Burkham has ever seen was at a Tyler city park about seven years ago.

“It’s a big park, and gopher mounds were everywhere,” he recalled. “They had even moved into the baseball fields. People were getting hurt stumbling in the holes.”

Burkham said he and is crews deployed close to 2,000 trap sets around the park. Two days later they removed about 600 gophers.

“My guess is most of them were caught on the first day,” he said. “City maintenance workers on golf carts brought us 5-gallon buckets. We filled them up with dead gophers one after another. It was insane.”

Trapping gophers isn’t rocket science. Burkham says anyone can play the game and enjoy some success with the proper tools and right techniques. One of the main keys is having traps that are sized proportionally to the size of the gophers you are dealing with.

Pocket gophers are medium-sized rodents that range in length 5-14 inches. East Texas gophers are typically smallish compared those seen out west. A big one is 6-8 inches.

Burkham says the diameter of the main tunnel is good indicator of the size of the rodent using it. He says the Victor EZ Set is a good consumer-grade trap, but it is available in only one size. Oftentimes, the Victor trap may too wide at the jaws to fit in the tunnel without wallowing it out, which can possibly alarm the gopher, Burkham said.

Burkmam prefers a medium-sized, commercial trap made from stainless steel. He held the name close to the vest. “That’s a trade secret, but folks can find them if they’ll do some research,” he chuckled. “They come in small, medium and large.”

A good alternative trap Burkham recommended for consumers is the GopherHawk, which also catches moles. Burkham says the trap is much easier to use than traditional traps, because there is no digging involved.

It comes in a set with a tunnel probe, pointed wedge and a spring-loaded snare designed to insert vertically into the tunnel. You can see a demo video at www.youtube.com/watch?v=ArwUB7lf89g.

The Gopher Hawk sells for around $30. That’s a little pricey compared to conventional traps, but way less expensive than filling in a 50-foot washout. We’ll see how it works works on Ghost. 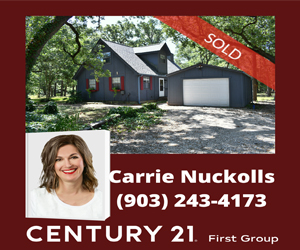