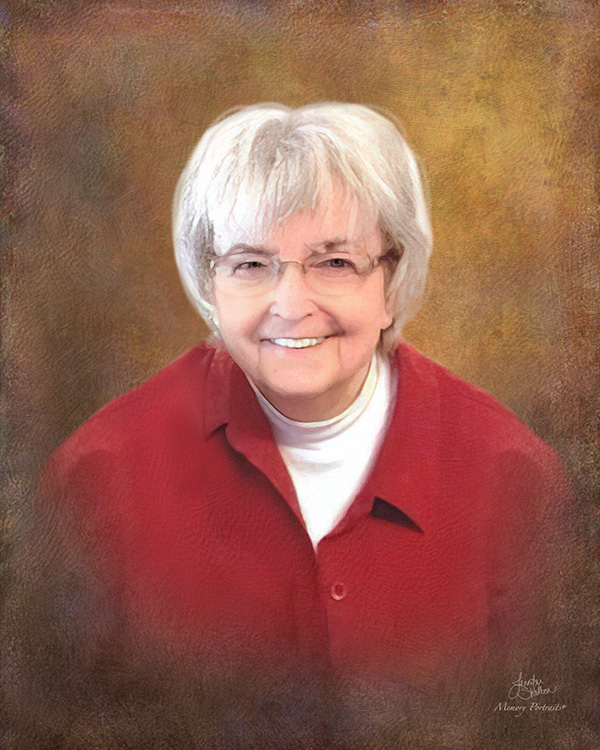 Lula Fae was born in Buckeye, Ariz., Feb. 6, 1931, to Charlie May Martin and Geneva Bridges Martin.

Her parents moved very shortly thereafter to McCamey, Texas where she graduated from high school in 1949. At age 12, she took a bus from McCamey to Los Angeles, where she picked up her infant niece to bring her back to McCamey. This was just one example of how, throughout her life, she demonstrated her caring and dependable character, always caring for others.

It was in McCamey she met Welton Moore upon his return from Germany after his time in the U.S.Army. They married Sept. 11, 1949. She worked while Welton finished his degree at Texas Tech University. In 1952, she and Welton moved to Japan for two years, where he again served in the Army.

After returning to the U.S., they moved to Odessa, Texas, where Welton went to work for Shell Oil Company. They raised four children during his time with Shell while living in Odessa, Texas, Denver City, Texas, Eunice, N.M., Ardmore, Okla., Whitesboro, Texas, Midland, Texas, and Hobbs, N.M. They then moved to Roswell, N.M., for two years before retiring for good to Midland, Texas.

Lula Fae and Welton traveled extensively abroad and in the U.S. after retirement. They spent their 50th wedding anniversary on a picture safari in Africa. They were in Russia during the August Coup of 1991, where they witnessed the beginning of the end of the Soviet Union.

They sent all four of their children to Texas Tech. Lula Fae, along with Welton, was a big Texas Tech sports fan. One year, they saw every Texas Tech football game in person, home and away, including the bowl game.  She sat through all kinds of weather, wind, dust, heat, freezing temps, rain and snow to be with Welton at games. They also traveled with the Texas Tech Alumni Association multiple times. Welton vowed to see an NFL game in each team’s home stadium. Lula Fae was totally on board, not because she was a huge NFL fan, but because that would allow them to travel. They succeeded except for one NFL stadium. They also traveled on the plane with the Dallas Cowboys to watch them play in London. Lula Fae enjoyed these times immensely.

Lula Fae was devoted to her family, and her family loved her dearly. She called those she loved “Honey.” If you were around her you would very often see her reading her Bible. Her children laugh that she did not want to write in her Bible because it was so special to her, and that was just how she felt.

She spoiled Welton and loved doing it. She recently stated she thought she had lived a fairytale life and that she loved being married to Welton. She was a great example to her children in the way she lived and loved. She raised her children as Christians, so they will all rejoice with her in heaven someday. She was the best Mom in the world.

In 2019, they moved to Sulphur Springs, Texas, to be near some of their children and grandchildren, where they celebrated 71 years of marriage in September 2020.  She was a member of Bellview Baptist Church, Midland, Texas.

She was preceded in death by four days by her beloved husband, Welton; parents; three brothers: Gary Martin, Rodney Martin and CB Martin; one half-brother, Billy Martin; and one sister, Charlsey May Adams.

Funeral services will be held at 2 p.m. Saturday, Oct. 17, 2020 at Spence Chapel of First Baptist Church with Bro. Tommy Johnston officiating. Interment will follow at Sulphur Springs City Cemetery. Visitation will begin at 1 p.m., prior to service time.