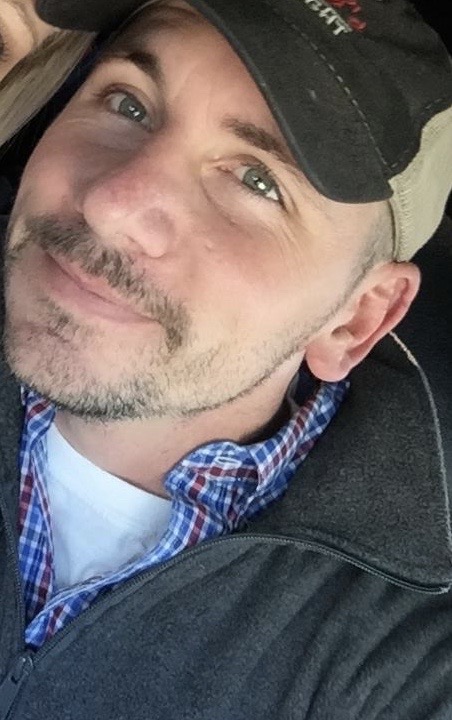 Josh Vaughn passed away Friday, Nov. 8, 2019 at his home. He was born Aug. 25, 1983 to John and Linda Vaughn in Sulphur Springs, Texas. His brother, Jason, was quite certain that his name should be Adam Frog, but they settled on Joshua Adam. He entered this world facing obstacles — club foot and Legg Perthes disease. The doctors said he wouldn’t walk; obviously, they underestimated Josh Vaughn’s stubborn streak! The next few years would bring 25 casts and frequent doctor visits. The little tike would charm the nurses, getting special foods and treats from his favorites. Josh had a knack of annoying you until he got exactly what he wanted, and he wouldn’t leave you alone until that happened.

He loved animals, especially horses, and riding was second nature to him from an early age. He always had a rope in his hands, and you would find the chair legs tied together quite often.

Naturally athletic, Josh loved baseball and played little league ball all the way up through high school in North Hopkins. He was the life of any gathering and always the jokester. He made friends easily and people felt at home with him.

During his high school years, John and Linda’s house was usually full of rowdy boys — his school buddies, some of the various Vaughn cousins or anyone else he might have decided to invite over for that matter. Once he was your friend, you could count on him for fun, but you didn’t have to worry — he had your back in the tough times as well.

After high school, Josh met Nicole Reeves, and they set out to have a life together and have a house full of kids! Rhett, Casen, Carson and Blakely were his world and he loved being a dad. It gave him an opportunity to be a big kid again, and he loved doing all of their events — baseball, rodeo, hunting, camping or just hanging out with them. He loved to cowboy, and everyone knew they could call for help catching a cow. He would show up ready to help. Josh went to work for Hydro, and over the years, the guys he worked with became friends and knew they could county on him to come in, work hard and make them laugh while he was there.

Josh lived his life very simply with a generous heart, sharing anything he had, working hard and truly enjoyed every day. He was gifted with a wicked sense of humor and mischievous streak a mile wide, and he wasn’t afraid to try anything! This legacy will live on through family, friends and most definitely his kids. Our family will not be the same without him, and his workplace won’t either, we know for sure. Every story shared and each memory recollected over the past days has proved we were blessed by the very best.

Left to cherish his memory are wife Nicole and children Rhett, Casen, Carson and Blakely; parents John and Linda Vaughn; brother and sister-in-law Jason and Patty Vaughn and their children, Natalie and Jackson Vaughn; his grandmother, Grace Vaughn and a grandfather, Luther Jack Petrea. He is also survived by mother-in-law Andrea Reeves; uncle Harold Petrea; brother-in-law Zack and Brittanie Reeves; sister-in-law Amy and Gary Tubb; aunt Linda Ellen Vaughn; uncles Chip, Jim, Charlie and Tim; along with numerous aunts, cousins and a lifetime of friends who will miss him dearly.