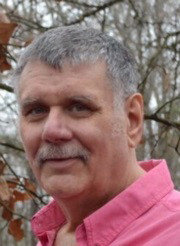 A funeral service for Haywood Shern Taylor Jr., 65, of Texarkana, Texas will be held at 2 p.m. Tuesday Nov. 19, 2019 at Murray Orwosky Funeral Home Chapel with Shane Carrington officiating. A visitation will be held one hour prior to the service.

Shern was preceded in death by his parents, Haywood Shern Taylor Sr. and Genevieve Taylor.

He was a loving husband, father and Papaw. He would always say he loved his girls but loved his grandkids more.

Shern was an United States Army veteran, where he served in Frankfurt, Germany. He was a truck driver for XPO Logistics for 28 years. He would say he would retire one day, but that day never came. He was an avid football fan;, he loved to cheer on the Army and his beloved Saints. He loved taking pictures with his girls and grandkids. He never met a stranger and everyone was always family. To his family, he was everything.