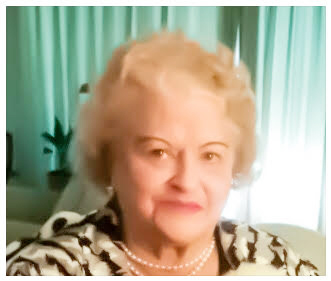 She was born Jan. 12, 1938 in Manhattan, New York to Greer and Dorothy Orton.  She lived in New York, California and Dallas. She also spent a number of years in London where she was presented to Her Royal Highness Queen Elizabeth. She was initiated by Kappa Kappa Gamma while earning a BA in Music from the University of Colorado.

She was an active member of the Dallas Woman's Club, Junior League of Dallas, Daughters of the Republic of Texas, Colonial Dames of America, the Mentor Club, the Craig Class and the Wesleyan Fellowship Class at Highland Park United Methodist Church. She loved the Dallas Cowboys and rarely missed watching a game.  She enjoyed scuba diving and snow skiing.

She was preceded in death by her parents, Greer & Dorothy Pate Orton; her husbands, Henry Longley of Palo Alto, California, James B. Harrell of Dallas, and Allen Oliver of Dallas; and a daughter.

She is survived by several cousins; a number of "adopted daughters;” her beloved dogs, Peaches 2 and Puddin; and many friends.

Her family would like to express gratitude to the staff at Visiting Angels-Richardson for the compassionate and loving care provided in the past few months.

A private, graveside service will be held in Sulphur Springs, Texas.