The Downtown Revitalization Board convened at 6:28 p.m. on Tuesday. The group unanimously approved their prior meeting minutes.

Nail Luxe owner Eric Ta stated when he had filled out his forms for the sign, he had mistakenly written “black” instead of “white” because it “just skipped [his] attention.”

“The color scheme inside is blue and white,” Ta said.

The board unanimously approved the sign variance. With no further business, the meeting was adjourned at 6:30 p.m. 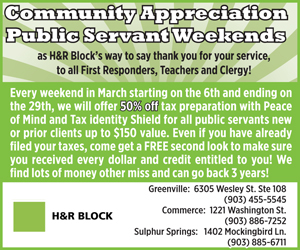