Offenses down across all categories, police say 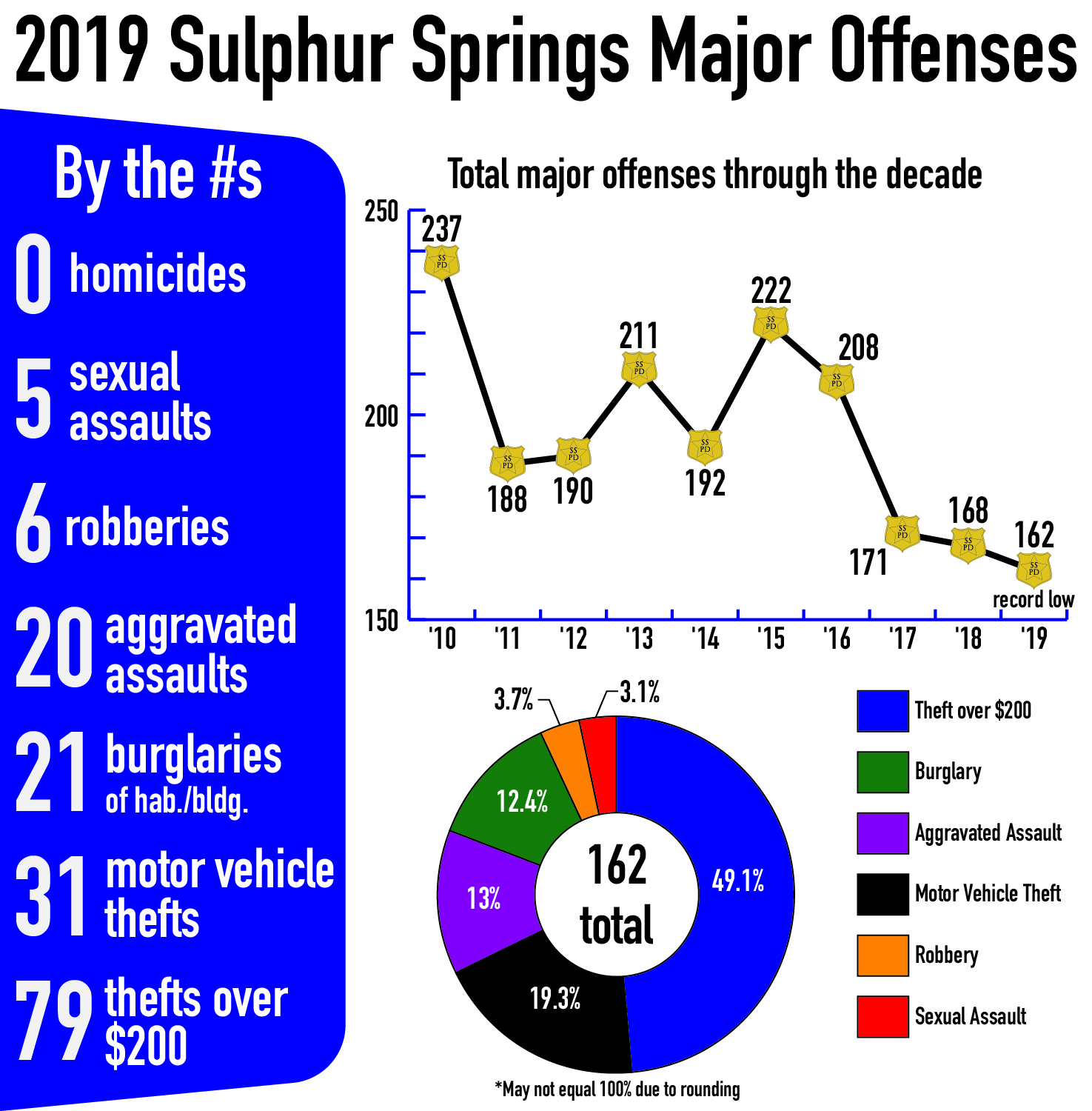 The lowest categories for major crimes were robberies, sexual assaults and homicides, with 6, 5 and zero, respectively.

Figures do not include thefts less than $200, simple assault, vandalism, unauthorized use of a motor vehicle, drug offenses and crimes that occur outside the city limits.