Janie Lewis reported that North Hopkins collected canned goods for the Tira Food Pantry recently. Fans were allowed free entry to a basketball game with the donation of a canned food item. She says the five boxes of food were delivered to the Community Center last Thursday.

Joyce Dodd added that Martha Payton and her brother, Von, gave a monetary donation to the pantry. We always appreciate the contributions to the cause.

We woke up to snow on Thursday morning. It wasn’t much and didn’t last long, but it was pretty.

Tammy Muse shared that her boyfriend, Mike Belz, “caught some good fish on the lake” recently.

The next day, Jim and Sandra Vaughn and Johnny, Cindy and Thomas Vaughn came from Broken Bow, Oklahoma, to visit with Chip and Jim’s mother, Grace, and with all of us. Linda Ellen Vaughn, of Dallas, came, too.

Tiffany, Perry, Jaidyn, Chip and I went to Rylan Joslin’s basketball game in Miller Grove. Malcolm and his friend, Melinda, and her children were there, too, along with Rylan’s mother, Laiken. Landon was at home with Brailon, who was sick, and Slaiden. Rylan’s team played well and they won their game.

After the game, Jaidyn went with Malcolm to spend the rest of the weekend with him. We returned home to enjoy the lunch that Jim and Sandra brought and visit with them before they left to spend some time with John and Linda Vaughn. Linda Ellen stayed for a while, before returning home that afternoon.

Chip, Grace, Tiffany, Perry and I went out to eat that evening, and then we went to church the next morning. Tiffany and Perry left our church and picked Grace up to go to Posey Baptist Church with them. They stayed through lunch, and we watched game shows and played Tribond before they left for Arkansas later that afternoon. 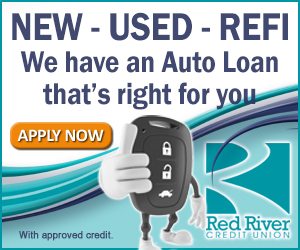